I have been lucky enough to work with Tommy (@QueerHistorian) for a few years now. Not only is he one half of Mr Bake, he also heads up the Nancy Boy Project who commissioned me to create the Morgan Freeman quote poster I made earlier this year. He’s a client who gives me total free reign when it comes to art direction and style for a project, so when he got in touch to say he was putting together a show for this years Brighton Fringe and that he needed some artwork, I jumped at the chance.

Homophobe is a one man show exploring society, culture and homophobia. I was provided with an amazing photograph of Tommy (taken by Matt Oliver), and came up with the poster below. I decided to keep things pretty simple to allow the photo to have maximum impact. 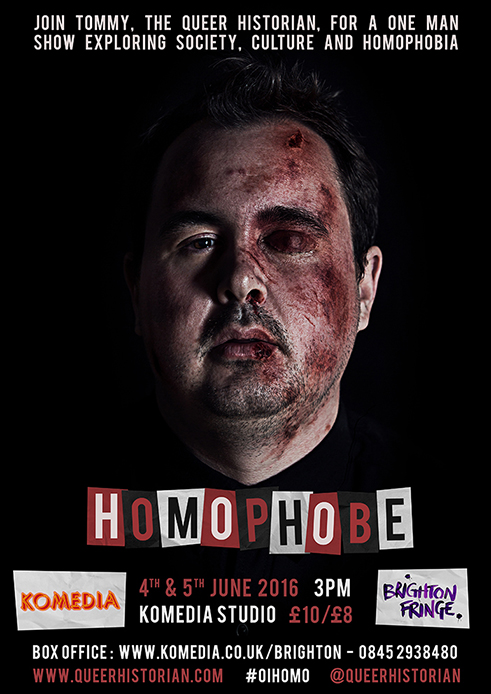 Here it is alongside other Fringe show posters. 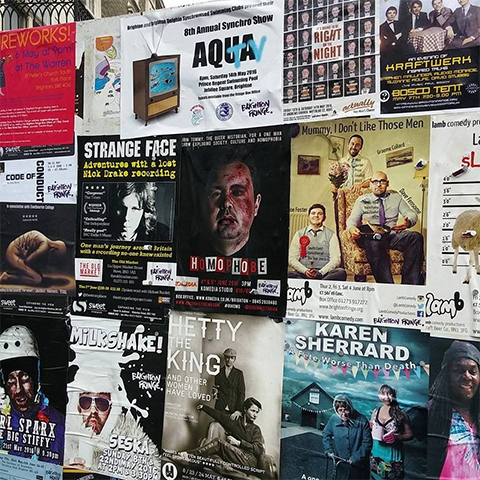 To promote the show I also made a set of images to be shared on social media highlighting statistics involving homophobia.

The show was a huge success and to top it all off, the artwork won the Best Design for Print Award at the Brighton Fringe awards evening. So in essence, the whole point of this post was to to tell you that I am now an award winner! Get in!